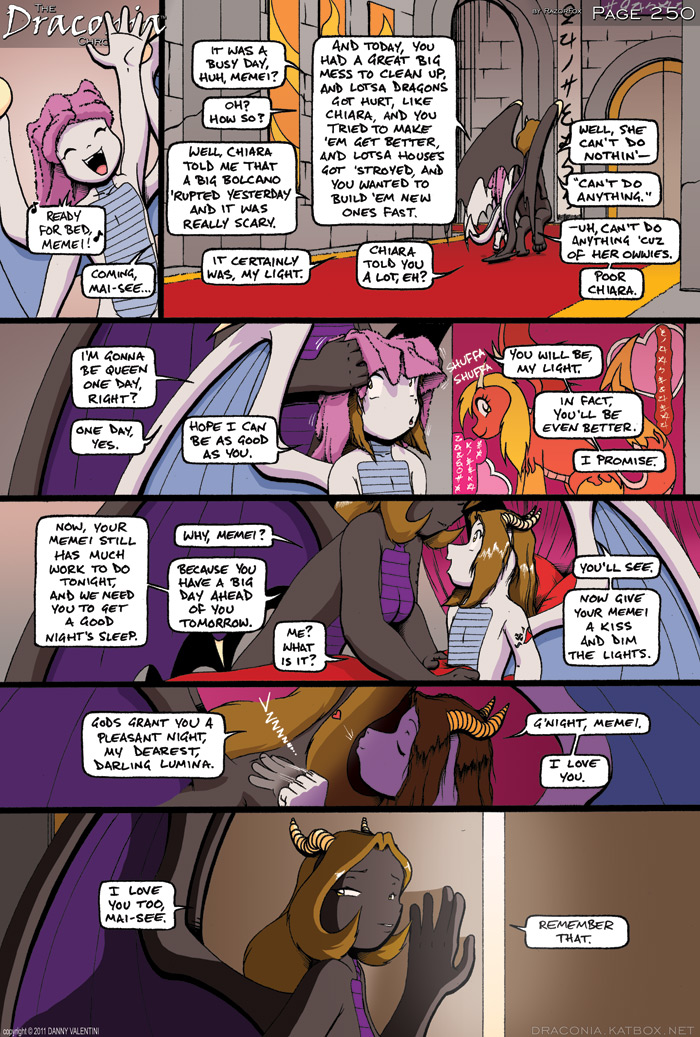 Did anyone notice the my little pony dragon hybrid?

Yeah, you are nailing Mason’s reactions right. A ‘wtf have I just done’ feeling is what I normally get when coming down from a rage state as well. With me it’s normally seeing the shocked looks on my family/friends’ faces or the pain I feel if I have punched something too hard. I guess in Mason’s case he saw a little of himself in Farron and a little of his uncle in himself.

Hmm… seems like Mason got some skills that he hasn’t told the others about.

I’m with Claire on this one. Is there anyone at all who doesn’t have some sort of trick up their sleeve, or is capable of burying someone in one hit?

Mason, whoa, calm the hell down.
I don’t think Farron has anything to say now… except more blood.
Mason must be an Earthbender… or something that has so much strength that it can reform dirt with just one punch.

Damn, I can understand where all of Mason’s rage came from but I didn’t exactly pinpoint him as… that strong.
I hope Sesame didn’t take what he said too seriously, after all it was just because of the moment and the fact that one of the only two things he considers family nearly died because of a stupid rat, I’d go on a rampage too.

He’s a Berserker like The Norse Vikings of old, Piss him off and he will go Berserk.

all he needs now is a bearskin cowl

Now we just need him to Apologize to Sesame for what he said, and we’ll be right as the rain falling on their heads.

i dont know what he said was correct she didnt do her job at all he could of said it bedtter yes but nothing he said was wrong.

OK I correct myself…not for what he said…but HOW he said it. Besides she knows she didn’t do her Job no need to rub it in her face like that. So I again state, he should apologize.

However, Mason wasn’t paying attention to doing his job either. He was being too distracted by Kibbles. Had someone been on watch this whole incident may not have happened and it was ultimately Mason’s responsibility to make sure that happened.

while I’ve never physically lashed out at anyone, I can still relate to Mason in some ways with his situation. There have been a few times in recent years where I flipped out on people over something as silly as an opinion. I really need to stop letting that kind of stuff get to me….I shouldn’t let whatever someone thinks about something I care about change who I am…ever.

Granted that the situation is dire, but not is not the best time for sarcasm Claire. XD

*gets a latter and uses it to get to the same high as Mason to hug him* Dude, trust me. We all get angry and want to strangle the world until we feel better. We’re just mere mortals after all. So just take a deep breath and relax.

And Claire: you of all people don’t get to complain. All of this is kinda, indirectly your fault. No, really. If you trace all of the steps back – should I just write the “Claire and the Destiny of the group” theory so I can stop posting comments like these?

Mason is a Berserker Alright.

Mason has led a pretty sheltered life exposed to only his Uncle as a male role model for far too long, he needs to get away from him and fast. Hopefully this little outing will teach him some things and gain him some independence.

So this has happened before?

Hmmm…. nope, can’t blame Mason for this one, Farron is a rat-bastard (anyone who knows me knows that pun was intended)

An Abbey-esque freak out there for Mason. http://www.bittersweetcandybowl.com/c40/p19.html. I hope the poor guys hasn’t scared off Kibs, they were getting on so well!

Everybody backtrack to panel 2! Farron squeaked… Is that an indicator he’s taking an all-expenses paid trip to humbleburg?
And Claire… don’t stir the pot, please. It’s raining and no one is in the mood for it.

He got spooped by the angry elk noises! Farron squeaking is a rare sort of thing, generally its regarded as an embarrassing thing.
Claire isn’t trying to antagonize, just thinking outloud – but I can see how it comes off that way.

Now Farron needs some major healing before he dies from internal bleeding.

Broke a cliff, I need to think.
Mason is just too much.

Holy crap. How strong IS that dude? And don’t feel bad, the little ratfaced vermin totally had it coming.

Does this mean that Mason won’t be upset at Sesame any more?

Hey Scrabb, where you at?

Hmm… Does Mason have a the same rage-strength-power that Sesame has??? Though his bigger stature and build might account for a significant inherant strength level. Great job on the expressions, as always! It really conveys the emotional beats of what’s going on inside each char’s noggin.

I think Mason’s strength is more inherent, if you look back to when we first meet him, he’s easily muscling around things that even make Ses stop and wonder, and that’s when he was fairly calm and definatly in control of himself. Mason may not realize just how strong he is, and he certainly doesn’t use that strength unless nessacary. (or enraged, as we see here.)

I’m rather surprised by how many comments say Farron deserved what he got. I mean…yeah, he’s got an abrasive personality and he did force Mason to act as his getaway vehicle, but Mason just straight-up tried to KILL him. If Farron hadn’t dodged, his head would’ve been paste! How is that balanced retribution?