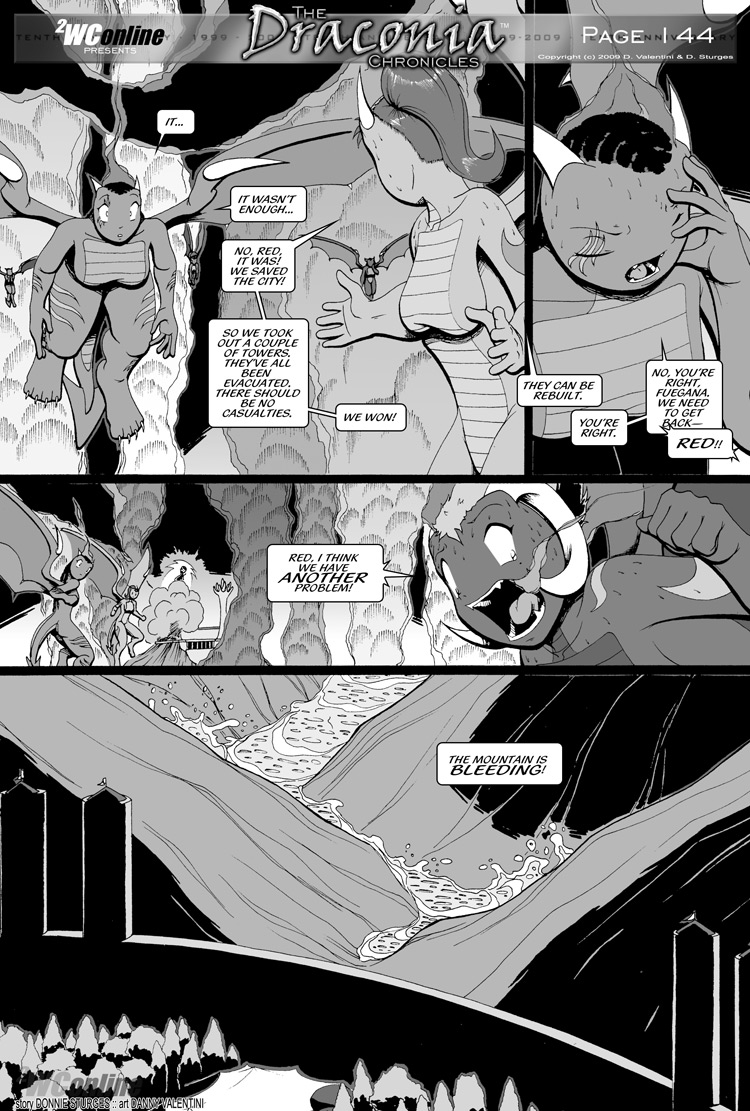 Y’know, this reminds me of the last battles in Half-Life 2: Episode 2. You were rushing across a valley defending the rebel base from striders, and after every wave you thought it was over, but another bigger wave always came, usually destroying small bases you needes to resupply. I hated it, but it was a worthy final fight.

For those who dont know wht a strider is, its a giant tripod that is usually hard to kill and has a powerful gun underneath it. You drove around in a car-thing which could hold a sticky bomb that you fired at the strider and then shot to detonate.

I like Fuegana’s attitude: “So we destroyed a couple of buildings and maybe injured some people with debris, no biggish.”

Also: “The mountain’s BLEEDING!!” I can’t help but laugh at that.

Wait, weren’t Tina’s parents full blown Tiger’s for a good portion of their lives? Wouldn’t that make Tina the ONLY Daughter in her family to be in a kitchen?

And then everything burns down to the ground. Tina tries her best to fix it but burns everything else down too. XD
No but seriously, this is going to be so funny to see what happens.

Oh. Oh no… I already know where this is going I think.

Remember how Ron turns into a Cat?

…is this how Nekonny ends up a cat? By eating some seriously bad food?

If you look back at Caribbean Blue. A certain scene showed that Tina tripped a spilled the stew/soup on Ron. I don’t believe he ate it unless some fell in his mouth.

The end of Ron and the begging of Nekonny