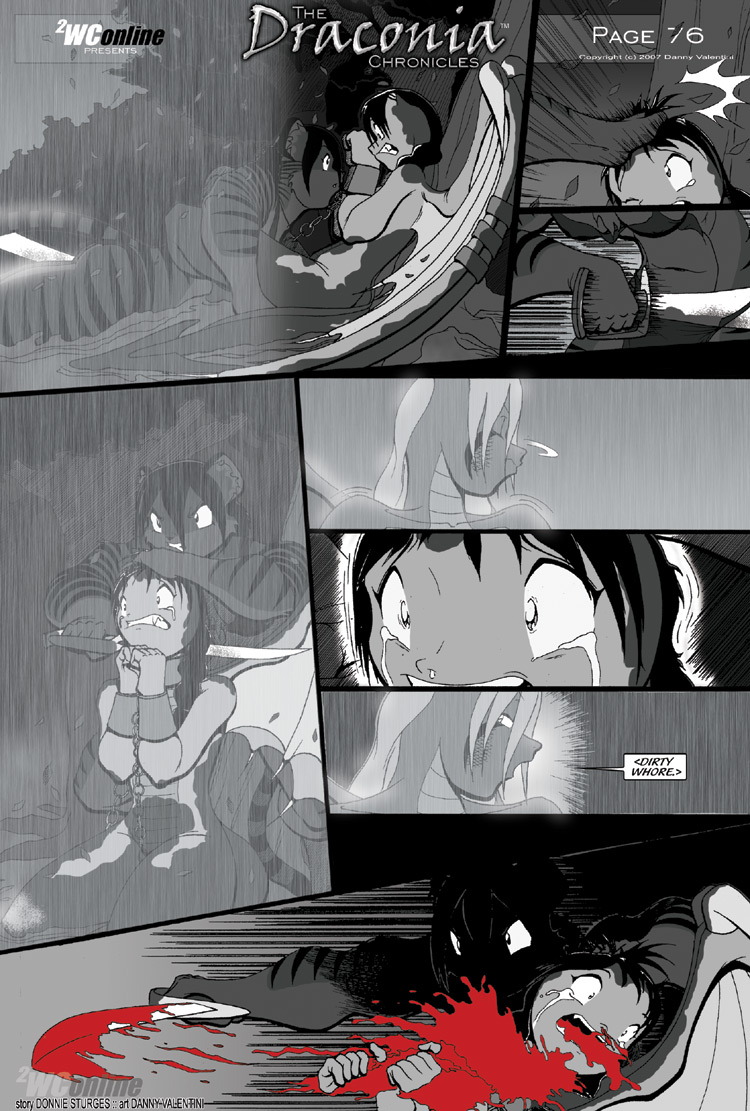 Did not see this coming.
The character with the most background getting the FATALITY treatment.
This is pretty hardcore stuff! <3
J'approve! =D

Poor Gaia I hated this part because of that.

That’s wrong in so many ways just why?
She was my favorit to she was wronged and u kill her not wright.

It IS sad day for the only character with a background for she gone 8:(::: (sad music playing )

Its a known hostage tactic in war, you take a hostages when the enemy plainly assess it, if the enemy doesn’t care, there isn’t much left to do with said hostage, to let Gaia go would likely have been a sign of weakness, traitorism, or both, some people can’t stomach the thought of war, useless as it is, it’s inevitable. It seems she died for no reason, but the only way to know, to see the true reason, is to read on, although I wish they kept the only character with a background

Hawkeye: War isn’t hell. War is war and hell is hell, and of the two, war is worse.
Lt.Mulcahy: How do you figure that, Hawkeye?
Hawkeye: Easy, father. Tell me, who goes to hell?
Lt.Mulcahy: Sinners, I believe
Hawkeye: Exactly. There are no innocent bystanders in Hell., but war is chock full of them. Little kids, cripples, old ladies. In fact, except for a few brass involved, almost everybody involved is an innocent bystander.
–M*A*S*H

Wait, is that Rachael?

LOL. Seems the ‘little protector’ and the farmer had no problem coming to terms.

Now we have the little one’s name. I like it.

It is obvious we won’t be getting the farmer’s name from Milo. He’ll call him “poppa”, or “dad’, or something to that effect. I find no problem at all with that. LOL

This is a wonderful page. Thank you very much.

I think the farmer’s name is Harry, Harry Dicksoan. Or old Billy Jethro. Or even…

Ahhh, yes, the crashing couch…man I liked that one.

Yeah, the only couch that Alex WOULD find comfortable!

Also happy birthday. And don’t worry, I’ve been an adult for two years and I don’t know what I’m doing either.

I hope that’s Pete’s old ID card or something and Alex didn’t just take Jill’s from the car. Workplaces don’t really like that. 😛