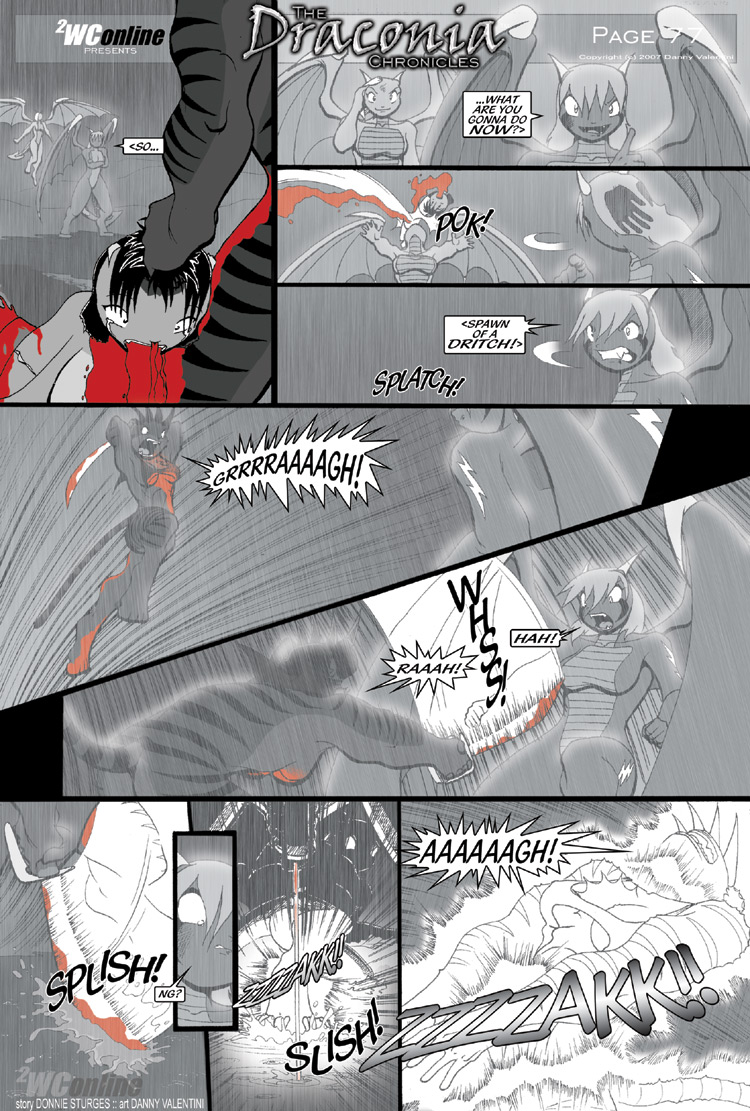 (The moment Gaia’s head hits the ground after hitting Elektra’s minion, Aerith’s Death theme plays for the rest of the chapter while time slows down as her head bounces and eventually rolls to a stop toward me.) }::[::::: (BTW where I’m from, yesterday was the 5th anniversary of Gaia’s passing.)

That was really messed up Scythe.

Hawkeye: War isn’t hell. War is war and hell is hell, and of the two, war is worse.
Lt.Mulcahy: How do you figure that, Hawkeye?
Hawkeye: Easy, father. Tell me, who goes to hell?
Lt.Mulcahy: Sinners, I believe
Hawkeye: Exactly. There are no innocent bystanders in Hell, but war is chock full of them. Little kids, cripples, old ladies. In fact, except for a few brass involved, almost everybody involved is an innocent bystander.
–M*A*S*H

Wait since when is her fur not white and its cream color! did she get a sun tan or did the artist decides to change her -_-

that’s what I said on a previous page

We recently started working with a new colorist, and were trying out a different look for her. Looks like people prefer the cream color so we will go back to that going forward

surprise snake! I was kind of hoping it would attack/grope aria, not miles, no matter how much he deserves it.

Remember she’s going for the sexy pirate look but I think the queen has her beat.

yes she diffidently does