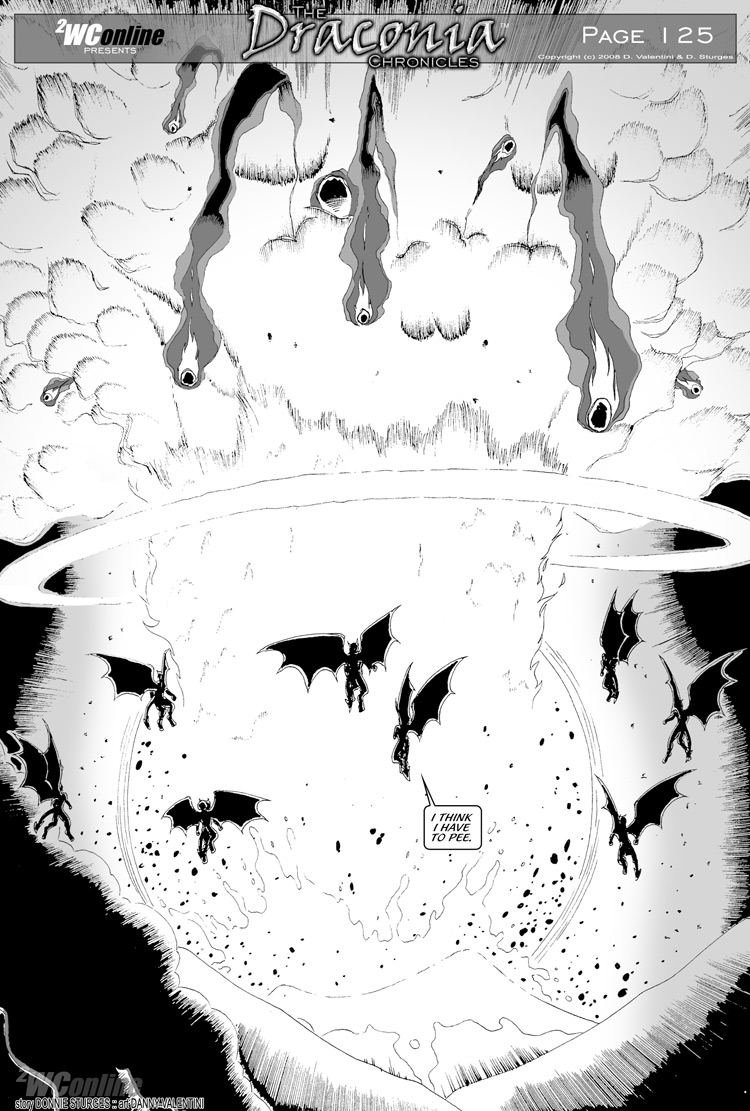 And now the plot thickens on this one.

was that an “if you know what i mean” comment?

You can always count on the brothel girls to get the latest news.

It wouldn’t happen to be a transdimensional teleportation device would it?

Dang it I actually forgot about that one, but yeah it would make a lot of sense. 😀

Nah, Sesame already uses that to make cameos in other webcomics.

I suspect the ‘ancient artifact’ is named Proto. Not exactly ‘ancient’, but quite rare.

If not, I suspect the ‘watchers’ Sesame has just become aware of are VERY active.

no, its an oracle…
calls ‘imself ‘proto’ or som’in like that.

Obviously, a brothel is the stereotype location for vixens, but what species is Rosalyn? Rabbit?

If it wasn’t for all the fan service already in the comic, I’d say ‘boss-lady’ or the vixen herself would be an interesting addition to the team. Brothel workers have a very different way to getting information and how to use that information.

Rosalyn is indeed a rabbit. Although no brothel workers will be joining the team, they are lovers not fighters.

As I had already stated, there was already enough fan fare in this comic. I know of a couple comics (Sesame did a cameo in one recently) which then to go a bit over in the fan fare. Thankfully, they also have good plots.

Kibbles was cloistered with a wizard learning magic.
Claire was actually involved in experimentation (among other things) which was unlikely to involve much sitting. So she got lots more exercise than Kibbles.
Sesame was actively pursuing a warrior’s course, Which kept her fit and trim.

We have tried to go light on the fanservice.. sure there might be a bit of boobs here or there but we try to keep things in context or at least with the personality of the characters. Rosalyn and the fox-hooker are dressed more revealing due to their profession and it’s their selling points.Or how the characters were in a bath scene and that’s why you got to see a bit more of their bodies.. ect.

Same thing with the male characters.. Mason is a heavier/thicker guy but has heavy muscles too – with his profession as a blacksmith it makes sense why he’d be the most muscular. Farron is more average but he has to have some muscles carrying around that bag too and Kylar is the most lithe of the male characters – but he is meant to be agile and acrobatic.

So we tried to give some variety of body types and what not – not sure if it will be entirely noticeable unless we strip all the characters down at some point.

Oh, it has been very noticeable and appreciated. Some readers appreciate plot, you know.

Fanfare is expected. After all, I suspect there are a lot more readers of the 12-17 age group reading webcomics than my age group (late 50s). I wasn’t complaining about the fanfare. I was noting (with appreciation) how it is kept to a reasonable level.

You do a fine job with plot and with the drawing. A lot finer than I could even with extensive experiance (which I lack).

Ah I see, sorry I misunderstood. We really do appreciate all our viewership! We assumed our audience would mostly be comprised of young adults in the 18-34 category, but even those readers who are out of that range is a welcomed surprise!

oh, so that’s what a personified combination of Petyr “Littlefinger” Baelish and Maude Lebowski would be like.

Hey you forgot to add a coin to the Game of Thrones reference jar!

(coin plops in jar)…thank you.

hmmm need to consult a map

so Norton is accross the country, with Claire needing to go midways, but where’s Wreston?

Wreston is a town not far from Ramblethorn.. it too is ‘on the way’ to Northon. Northon is the capital of the Kingdom of Alder – it’s where the royal family lives and is also the biggest city in that Kingdom.

so basically everyone’s going with Sesame, Slowly but surely, one by one, they will leave her until Wreston, where Farron, the last of the gang, leaves her… to her lonesome…. to face….. the mission…. alone…. DA Da duuuuhhhhh!

am I following it correctly?

Something tells me Sesame is gonna be after this artifact.

I know this Rosalyn character is unlikely to be joining the main cast, though I doubt this will be the last time we see her.

The foxgirl character looks cute with her own simple design. Would like to see more works/stuff of her :3

Nice tasty vixen and a madame to hop on.

Yeah, that is clearly a bad part of the city, especially with those A Gang Symbols. Unless…

*Based on Alex’s Pimp Outfit*
OMG!!! That’s Alex’s area. Best respect it unless you want to get pimped slap/headbutt.

Also @Captain Video , I’m looking at the sign; however, I can’t find the word that’s misspelled. Am I missing something there?

“Donare”. It’s a misspelling of “donair/doner/donner/doenner/donar”, which is a type of kebab/kebob and is evidently served at this restaurant. It’s also known as “shawarma” (insert The Avengers reference here). In the previous strip, Alex “spells” it correctly.

Well, this can only end badly for Jill…

I hope Ron or Tina’s mom shows up soon, or the room will be really trashed up.

*As Bugs Bunny muttering* “Of course, you realizes this mean war”

I think she means “Get Dunked On”~

Also, somehow I really wanna see these 2 pages in color (not as obvious in monochrome)