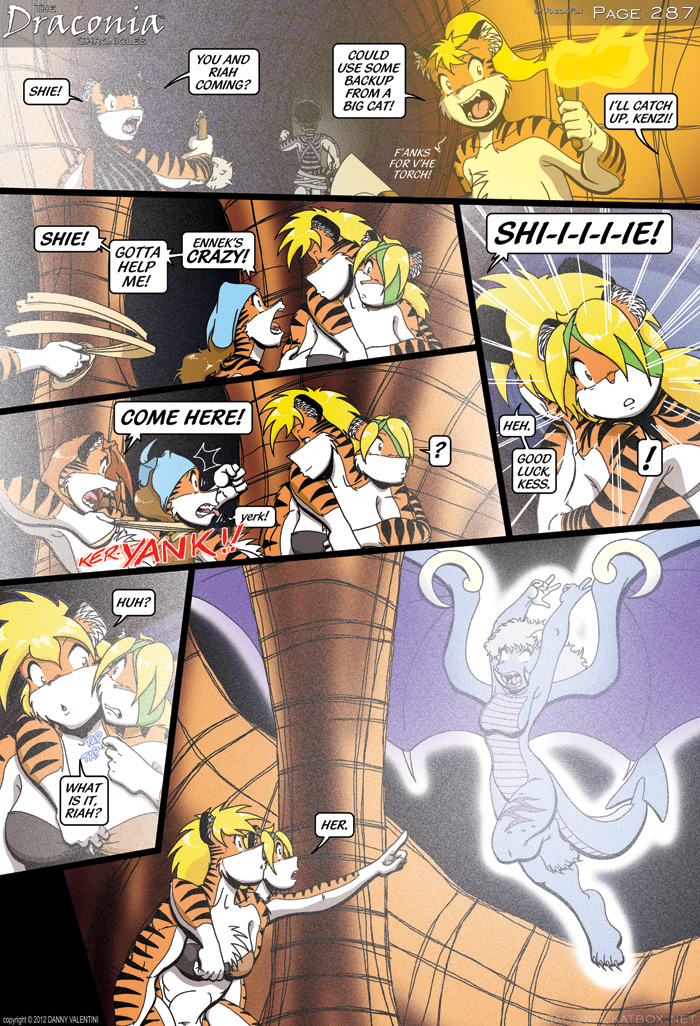 Those of you looking for a soundtrack for this page can pull up “Beautiful” by the group 10 Years.

For the past two weeks, I’ve been floating the idea–totally hypothetically, mind you–of doing a limited-edition poseable Draconia Chronicles figure.  Since the idea would be for just one character, we conducted a poll for which species would be preferred, and Dragon beat out Tiger, though not by a huge margin.

So, for the past week, we’ve been soliciting nominations for which character you would like to see done up as this as-of-yet purely-hypothetical poseable Draconia Chronicles action figure.  Characters receiving two separate nominations from two or more unique individuals (lookin’ at YOU, Sinstarr!  ^__^) would be added to the ballot.  Well, the nomination process is done, and here’s your ballot, in no particular order:

So, which of these ladies would be your choice for this as-of-right-now purely-hypothetical poseable Draconia Chronicles action figure?  Hit the poll to the right of the comic and cast your vote for your top three, and let’s see what happens.

Until then, this has been an exhausting weekend, though not entirely for comic production, but for helping a pair of friends of mine move.  Whoever designed the couch–not THEIR couch, but couches in general–needs to be slapped.  Time to rest up before getting started on page 288.  Take care, my fellow Draconiacs, and thanks for reading!

You should really do something about the cast page Razor, we need something to keep track of all these characters.

I know, Kobra. During the break after the end of the chapter, it’ll be on my to-do list.

So we have our dragon identified eh? Also, it make s me smile to see that Kess’ beating continues and the rest don’t seem to be that interested.

Glad it makes you smile. They’re just abiding by the old rule that Shie and the others recited on the last page. “When Tigers fight, they have the right, so let it pass, or they’ll kick your ass. At this point, this is strictly between Kess and crazy Ennek. ^__^

And Briella said, “Let there be light.” Zween. And Riah and Shie saw the light and said that the likeness of their target was good.

Briella is best Dragon!
LOL shes got all the Tigers soo tied up with the mass of illusions that they have almost completely lost her. Its awesome!

Good observation. She can now count not one, but two unanticipated side effects: Kess and Ennek sparring, and Shie and Riah being at least temporarily stopped by a previously-unnoticed decoy. Fight smarter, not harder. ^__^

Some how Im reading this on the 13th, on Sunday, is this same for others, or you are ahead of time?

No, it actually went up on Sunday here in the US. The update day is actually Monday, but I put it up Sunday night so that the eastern hemisphere can find it Monday morning. (Yes, we have readers out there.) In order to keep the updates tagged as being on “Monday,” I fiddled with the time zone in word press so that it thinks midnight is at 10:00 PM ET.

Ok,thanks! Now that help me out!Like I said, good job like always!

Didn’t see that coming. O__o; Then again I did read every comic in one sitting so, I forgot some characters here and there. Can’t wait to see the confrontation that will ensue. :3 Plus it’s nice to see Kess still getting her ass Kicked! LOL.

Man, if I ever had to live in Draconia…. Remind me to bring Kratos. Cause without him, I’d be dead in like 5 minutes. >.>

Ennek’s arsenal isn’t depleted just yet, but we’ll have to wait until another day to see it. For now, there’s still a chase afoot. ^__^

I Wish Chiara would be the better dragon, but you can’t blame her.
also I think the plan is working better than Bri thought.

I thought it might have been Chiara but i was in denial, guess it’s been proven now thought, but this dose not change her standing in my fav dragons list.~keep running Bri!

Glad you’re keeping the faith on Chiara. And we’ll see how well Briella’s luck continues to hold up. Still more to come. ~__^

The problem I find I have with webcomics (especially the ones with infrequent updates and large numbers of people) is that I forget who a person is and why they’re important if I haven’t seen them for a while. So who is this and why were they important previously?

Chiara, a light dragon who lives in exile. She wants to replace the dragon queen and currently has the support of the exiled Lightning dragons. A few dragons seem to favor her as queen over the current queen.

That’s Lady Sombrana. Chiara is Queen Oscura’s right claw, and was the very injured one running around with Lumina/Chuki in the wrecked sanctum during the Volcano…incident.

Eye for an eye i presume? Shie killed Chiara’s mother. So the light dragon returned the favor. Or vice versa.

Well, in a recent flashback, Kess mentioned a kill Shie scored six years ago, whereas Riah’s eye only happened in the past few days. Riah’s alleged attacker had plenty of time to think it over.

Trouble is so has Kess.

Does anyone still remember Shaleigh? That slyfox always tries to “crawl under their skins”.

Oops! That is right. I got their names mixed up. Back to page one!

Shie, that’s cold. XD Cant smile in the face of the person begging for help and do nothing. Only would have been worse if she point and laughed.

Hey Kess did sucker punch her in the face after all, this beat down is long over due.

I figured the smirk would be more in line with Shie’s demeanor. And remember, she’s just following the rules that say that fighting Tigers should be left to fight. ^__^

That being the case then shouldn’t Roh have stayed out of the fight between Raz and Aika?

Good point, actually, though no one ever said that it’s limited to one-on-one fighting. Or else, Roh might need a time out.

Roh could follow that rule and watch his girlfriend walk funny till she healed, or he could act heroic and be the reason she walks funny for a while. Choices choices…. screw the rules, time to get some!

He still interfered, usually it isn’t interfering if it’s one on one. Send him in the corner!

It was two to one. And the rule says to stay out because both parties will kick the ass of the party stepping in. Roh was ready to fight on the side of one party so he wasent trying to break it up and Roh could handle one party he was stepping in to fight, and the other party appreciated him steeping in. Based on that I see no foul. My client is innocent. I rest my case. *closes suitcase* :3

when did riah loose an eye to chiara? did i overlook somthing? or is a bunch of other draconia chronicles things out there that i havent seen? please fill me in