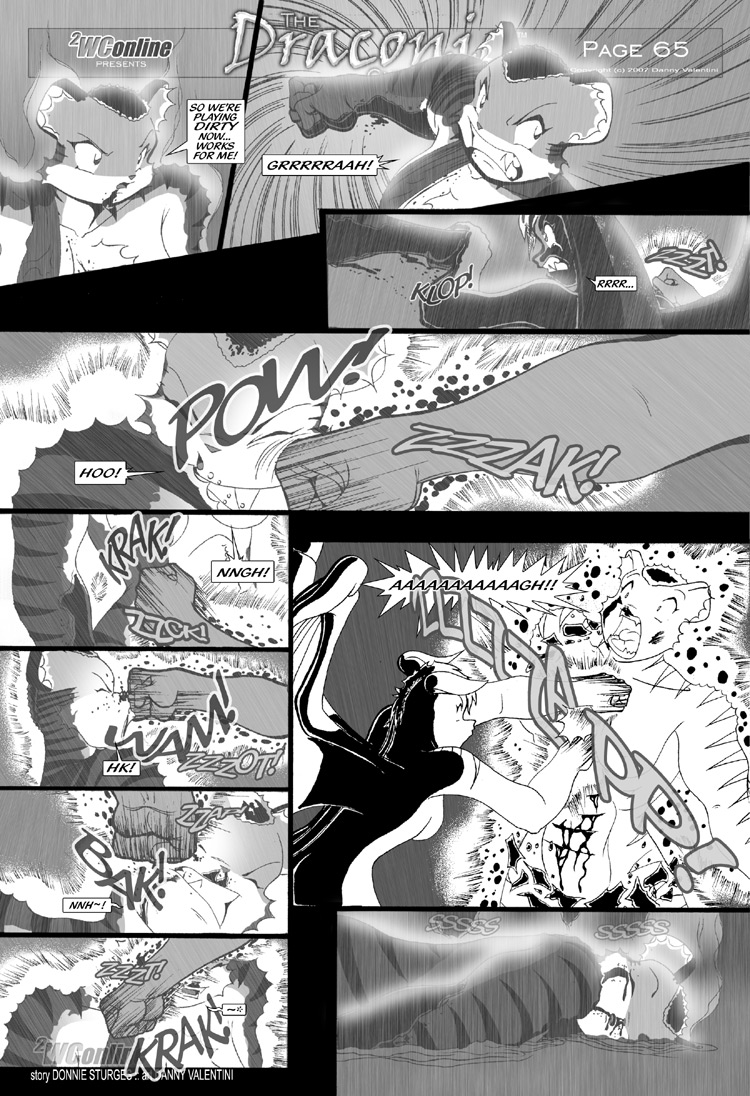 It says music starts at panel 3. (sorry for the confusion:{

No parallel universe for you, cat!

Argl bargl.
dis is y we cant hav nice tings

Shock, then denial, then… those other things

So its a time machine and not a teleporter.
huh.

It’s BOTH! and also a waffle maker.

Now, I have to admit one thing. Clair grasped what actually happened a hell of a lot quicker that most people would. This goes to demonstrate she has above average intelligence and adaptability.

Poor Sesame, all she cab do is lie prone and moan. I guess she’s not accustomed to forcefully receiving large metal objects directly to the face.

Also note Clair seems to be a fair bit larger than Kibbles. Possible due to good nutrition. She also seems to be in pretty good physical condition. I suspect she exercises quite a bit.

743… AE? After what? Something tells me the year means absolutely nothing to Clair.

Let’s just say she is unlikely to get any technological help soon. LOL

Her talk about this avatar in simulation thingie makes me wonder if Claire’s is the “real world” and Evyr is just The Matrix 😮
Aka whatever happened when she stepped into her machine she just hooked up / logged into “The Matrix”.

Actually, I think the authors of the comic said that Evyr is not an virtual RPG world. In other words: it’s real.

Yes, the line about being an *Avatar* in a *Simulation* was meant to explain that the world of Evyr is just as real as Claire’s reality. Though also to prod that people were suspecting it was a Game or even a Matrix-Like-Simulation. Granted it was a writer’s error on my behalf for the first previous 13 pages and not establishing that properly (previous game jokes were just jokes!) . Things will clear up and you will all see how Claire’s Time-Line and the world of Evyr tie in along with what ‘AE’ means. 🙂 Anymore and I will be giving away the plot!

Ahhh… so I was right that “AE” is very important.

*hugs self in pleased happiness*

Is this the past or the future?!?

AE better not stand for After Earth…I still have a bad taste in my mouth from that horrendous Shyamalan trash heap….eeeyugh!!!

It does reveal Clair has some experience with gaming, though. She could adapt much quicker than thought possible, simply because she has a frame of reference.

I imagine she’ll have to ‘unlearn’ some things as well as adapt.

I’d bet on a lost colony myself.

Possibly her own world after some kind of apocalypse.

Something that always bothers me with the idea of NOT traveled through time AND space: the Earth is moving in orbit to a Star that is orbiting a Black Hole that is trying to escape larger Black Holes orbits. If one is just moving through Time and Not Space, they would almost certainly not ‘land’ on Earth. At the least if there would have been a repeat of Earth’s location in the universe, we have yet to reach it. The universe is just that large and with it’s expansion orbits are only relative markers not a measure of absolute location.

If she were randomly traveling through time and space: she could be anywhere and anywhen ~_^

Sorry for the relativity rant.

back to the future!!
proto! to the delorean!

better not steal mine

You should be more worried about that cat with the giant green sword that is gonna probably tear you apart, instead of where you are.
But, who am I to judge?

Sesame doesn’t look in condition to assault anyone at the moment, though I suspect she will be very peeved when she regains composure.

It’s a bow to decency. Better than saying the 4-letter word which says they’re having ‘very intimate relations’.

he could have said screwed

Lol i never thought anyone else said boned but me lol
WE’RE BONED NOOOO!!

Damn, I thought of something and it won’t let me
‘unthink’ it until I put it in…

“AE” could mean “After Explosion”. Maybe Clair’s deportation caused severe damage to her world… her entire interstellar culture… 743 years ago.

Thank you. as an alternative… her deportation shifted her planet ‘elsewhere’ where they no longer have communication with the interstellar community.

Since studies have shown 700 years without humankind on earth is enough to remove all evidence of humankind except things like the pyramids, this is an interesting thought.

“AE”could also mean “After Event”… “After Expulsion”… “After Envelopment”…

Just too many options. I love it.

You know, this strip is putting me back into the mood to play a game I haven’t touched in 2 decades. It was the first MMORPG I ever tried and got me hooked on them.
I think it’s time to revisit the Greater Feydark Forest

“Boned” is now scientific as a robot has said it, for science, thus it must be true!

Yikes doesn’t seem to be good for poor Claire I must say D:

I’ll say. I was reading the cast block again and found a new entry for Clair. It includes this quote…
“She tries her best to make sense of things and fit in, despite not having a formal class or any fighting experience.”

It appears Clair doesn’t have any martial arts training, after all. Guess the author DOES pay attention to the comments (or I missed this the first 5 times I read the cast)

Mabye Mabye… I hope the author does because that would be intense!

Next quest: Finding the Super Cell! =^^=

I don’t think any of these gals is a “shrimp with a rack” or Latino. There do not appear to be any sphinxes or chimeras in this party. I doubt they’ll find any Nazi U-boats in this realm.

Which ‘Super Cell’ are you talking about?

Old Nintendo reference, The Super Cell was the battery used to power something or other in one of the Final Fantasy games. (This might be a corrupt reference as I am also getting it from the Captain SNES comic). Long story short, I’m referring to the ultimate battery…

My reference for it is another webcomic. The “shrimp with a rack” is a latino girl who stands ‘4 foot, 13’ and (last time she mentioned it) her cup size was “J for JEEEZE”.

She was called a ‘s-with-r’ by another character’s VERY solid conscience. That other character later found out she was a half-sphinx.

Since then, there have been a chimera, another sphinx (librarian), several demons, and a assortment of mythical and legendary creatures… all afraid or adoring of the ‘s-with-r’.

Read the cast box. yes, she is a fennec fox.

…I thought this whole thing was a MMORPG…

Aww, I like Proto’s face in the last panel.

At least Proto was programmed to get straight to the point.