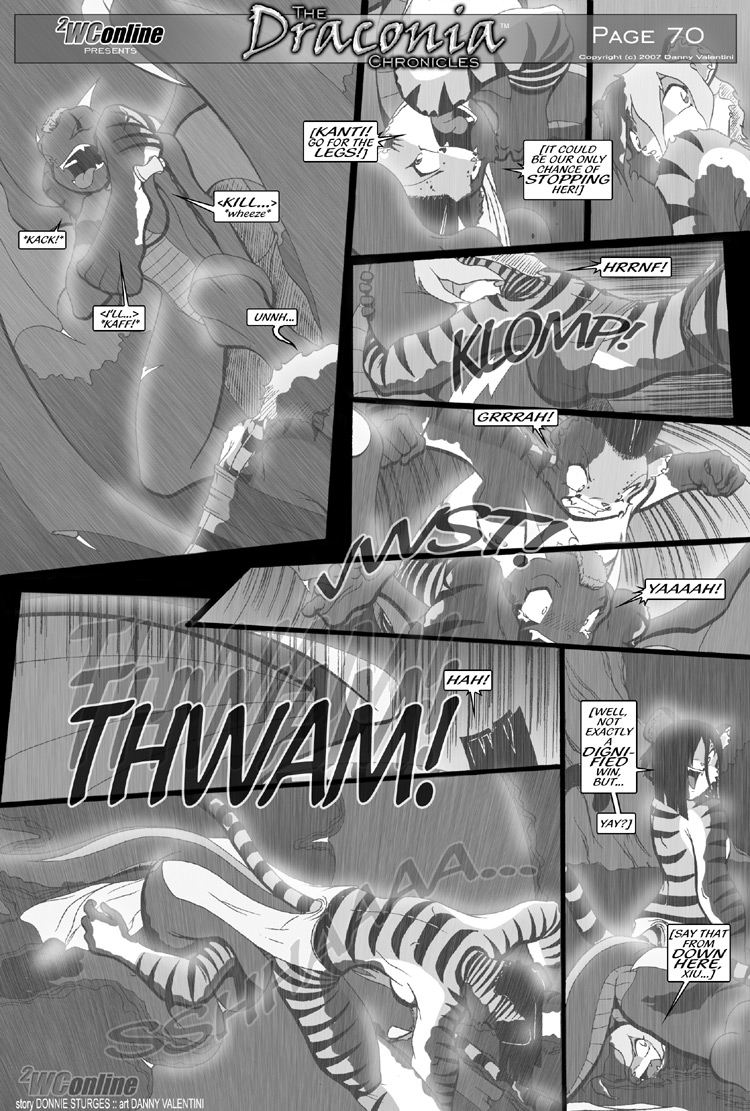 Did someone hit you?

No, SOMEone tossed mud at me! Yech!

Oh so your the one it hit.XD

It occurs to me I saw some art of the black one at some point. I think it was her. If not, it was a very close coincidence – yellow eyes, the same haircut, the same basic look, though she was buff, and she was lifting a dumbbell. I even remember the name of the artist. Jessica Elwood. I looked her up on deviantart and she’s got lots of furry art so it must be the same one, but I couldn’t find that one image. So I don’t know where I saw it, some sample of her art must have been featured somewhere and I ran into it but I don’t know where. Well, maybe it’s one of the restricted NSFW things on her profile that it won’t let me see (and I don’t think I want an eyeful of all those thumbnails anyway) so it could still be there, but I don’t remember it being particularly risque though.