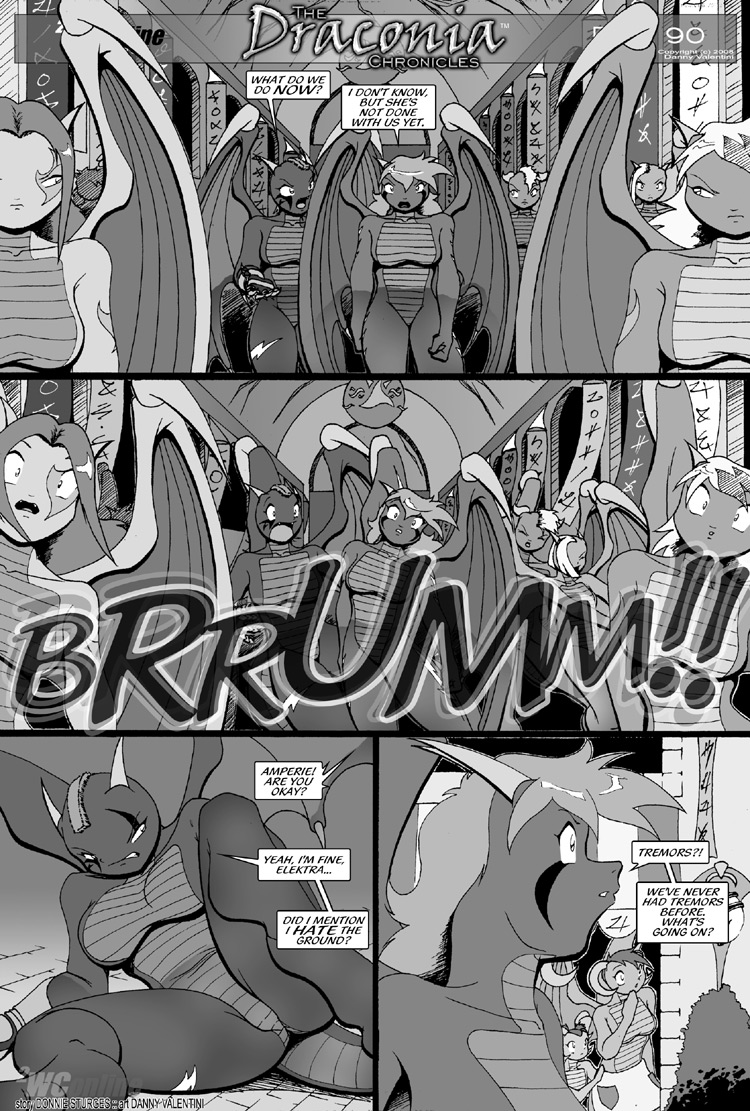 … I never figured out whether these dragons were wearing very skintight suits or just went around naked.
This just raises more questions.

On the one hand, despite being reptiles they seem to have a bust of sorts that is not only featureless but has that stretch of material in the middle that suggests a covering layer… and now we see a distinct lack of genital features too. Consider also that the ventral scales seem to cut in at an unnatural right-angle around the shoulders.

On the other hand though, there aren’t any other visible lines, boundaries or markers to suggest the edge of such supposed clothing. And of course the whole weirdness with the eggs and whatnot strongly suggests that these humanoid dragons are completely incapable of reproduction. It is almost as though they were golems of some sort… simply made as a race of servitors or the like.

I think it’s just clever censoring and they are capable of reproduction.

1) Those bulges are hypertrophied pectoral muscles

2) Reptiles have a flap of skin over their “naughty bitz” that folds out of the way during “the act”.

(Know Where to Run continues from pg. 89)

The gods are angry at you, that’s what’s going on!

I’ll admit, it took me a bit to realise what happened lol.

I’m starting to see a flaw with them now.

And with one panel, Ruby just earned a lot of appeal points for me! <3

Of course, I think there are few people who don’t like lemonade. So Ruby gets points from me.

Bikini Wardrobe Malfunction! Classic.
And to be fair, those melons needed to be skinned anyway. XD

malfunction of the bikini top. Way to go on that artist 10/10

You either hate it when that happens…or love it.

What I wouldn’t give to be a bug in that pool right now!