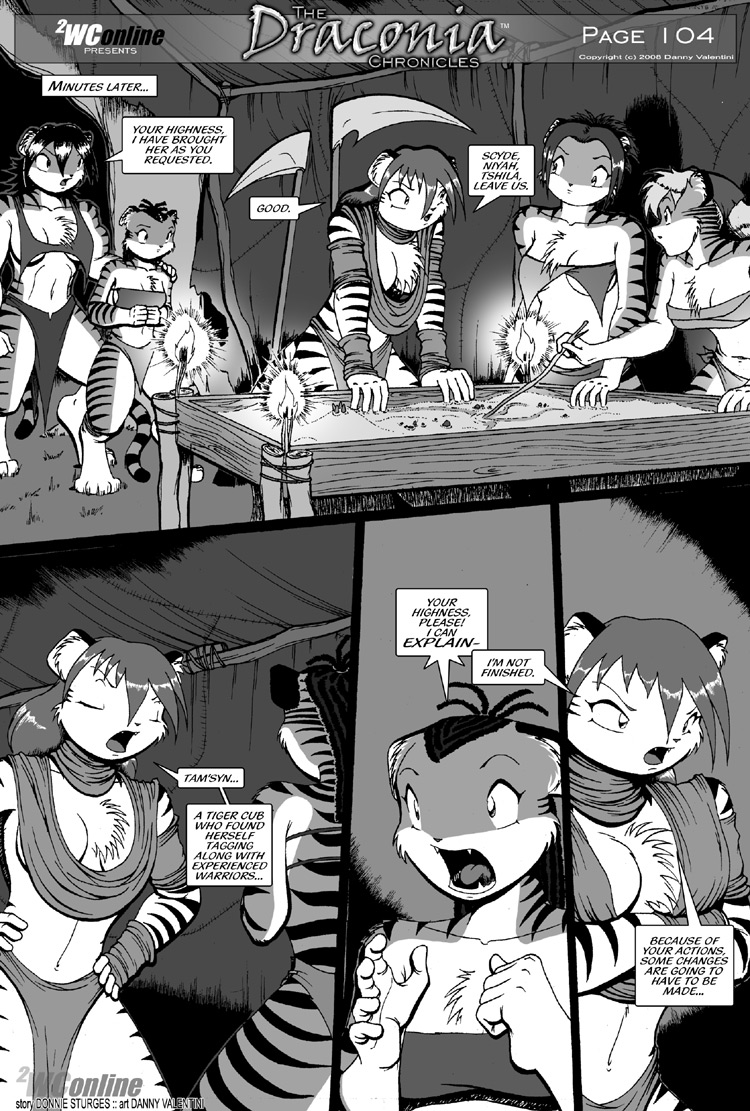 Tam’Syn looks short compaired to everyone else

What a rip-off!
:trollface:

I like that expression she has in the last panel.

Hammertime!
*I’ll see myself out…

And then they proceeded to apologize to one another for 5 minutes straight. =P

Lol I know right. If seen that happen in real life a lot xD

oh, cause it happens all the time here.

I salute you guys nice job.

Cloud’s Buster Sword is there too, on the far left. I didn’t notice it at first!

And finn’s Sword From adventure time.
you can see it just a little to the left.

Wow he buff….I could do that too ya know xD
Anyways I like his different color eyes.

KEYBLADE I SEE YOU lol

Some one has been drinking their milk.

And eating his wheaties… and raw eggs and..spinach …

According to his profile and this intro, he’ll fit right in with Sesame, Claire, and Kibbles. He and Farron probably won’t get alone too well, though.

Pretty sure Dante would hesitate to steal from Sesame the first time she sees Mason in the group, but not afterwards.

I might be wrong, but it appears Mason just saved Sesame from another severe injury. That post or pillar looks like it was falling directly at her.

Mason might be a peaceful fellow (according to his profile), but I suspect his size will convince many folks to not take any chances.

Besides, I have found it’s the peaceful people who tend to have the worst tempers and a very, very, VERY long fuse on it. Their fighting ability and style (due to their need and desire to end the fight quickly) also tend to be… very rough on their opponents.

Sesame, I very much doubt Mason does enchantments, but I’m pretty sure you won’t find his work disappointing

Caught that beam like it was nothing. Oh, and my brother’s name is mason 😀 So pretty cool to see the name used.

Ah yes the names were chosen with some thought in mind. Mason is a blacksmith the name means stoneworker. Farron means traveler, Kylar means archer, Sesame for her ‘small size/seed’ as she will grow as a character, Claire is akin to ‘clarity’ attributing to her intelligence, and Kibbles.. need I say? XD

I see 4 swords that I reconise and a shield 😉 tho I guess that all the weapons on the wall are doing a camio here (heck she might even try them out :P) but I like how the shield is painted over or taken a few to many hits in the center 😛

Let’s see… I recognize the Keyblade, Samurai Jack’s blade, the Master Sword from Legend of Zelda, and the Buster Sword on the far left.
Anyone know any of the others?

Leon’s GunBlade from Final Fantasy VIII at the right, the golden one is Finn’s hero sword from Adventure Time, that one is the sword that Dante get from king Slime in the first pages, and I think that the little one aside of the Master Sword is the Kokiri small sword

You got them all! Yay!
Although it’s not the same sword Dante stole, just the same style. :3

The key blade! and that’s Finn’s sword! and… is that Sephiroth’s sword?… the other one looks like a shushu… ho nono wait, that’s Link’s sword 😛 hey that’s the guy from befor!

You remembered! Mason made a cameo in the background on page 24.

I recognized his broken horn :3

Holy…this guy forges legendary weapons?!? The master sword is there!

wait a second, hes a blacksmith, not a weapon smith

actually in many cases of medieval times the blacksmith, weaponsmith, and armorer either worked in the same large shop or were just all the same person to begin with. the misconception that they were separate in the fantasy Genre came from the fact that large towns could have as many as five or six blacksmiths in one area.

true, but…… all weapon smiths are blacksmiths, but not all blacksmiths are weaponsmiths, he is clearly both though

I was ALIVE to learn the difference

On the top left corner of the front wall is that… Jake’s sword from Adventure Time?!!!

woo Gunblade, keyblade, clouds sword that he got from zack not sure where the others ones are from

One antler is broken.

reminds me of this guy http://www.youtube.com/watch?v=XFKx_lzF6e4&feature=share&list=PLUUGFk1wE5OHqeNDwp2q9_ZiPqKlWNc6V&index=18

theres always a fire to toss deliquents into

I feel bad I only knew two of those sword after the fact I read the comments. Why’s there a pillar/whatever inside a blacksmith shop?

Is Mason gonna be a recurring character after this? Cuz that would be awesome 😀

Most definitely~!
Mason is 1 of 6 main protagonists of UberQuest. Sesame,Claire,Kibbles,Farron,Mason and Kylar are our ‘Mane 6’ ;3. you can check out the Cast page at the top of this page for more information! We also have a WikiFur page too.

I see the Mastersword, the Keyblade, Clouds Buster Sword and Squall’s Gunblade. And is that a Kokiri sword I see next to The Master sword? And that’s gotta be Sephiroths’ Masamune.

Is there a story behind Mason’s iris colours like with Natani (TwoKinds), or did you guys just like the look

No, he just has really pretty eyes is all!

that sounds about right

my god the refrences are too strong also is there a way to tell if something is enchanted?

I do see a couple going on 🙂

Mason’s profile says “He is weary of new things”. That means he has been exposed to more new things than he has wanted to. He means he is tired of new experiences. That does not fit the rest of the profile.

I think the profile should say “He is wary of new things”. That would mean he hasn’t had much experience and is slightly fearful of that fact. The lack of experience could be a leading reason why he decides to join Sesame’s band.

Thanks for the heads up for the typo!
Mason is our ‘anxious’ character, he the shy/fearful/timid type.

Hey, english is a hard language to master. Sometimes, even the ‘masters’ mess up.

The language is a comedian’s dream and a politician’s paradise.

does no one else see the Kikori (havent played ocarina in so long so excuse the spelling) sword? no one seems to have said it.

So far, I’m seeing a buster sword, a keyblade, and the Ebony Blade (Skyrim). What else do we got here?

Hamrell is a sexy beast!