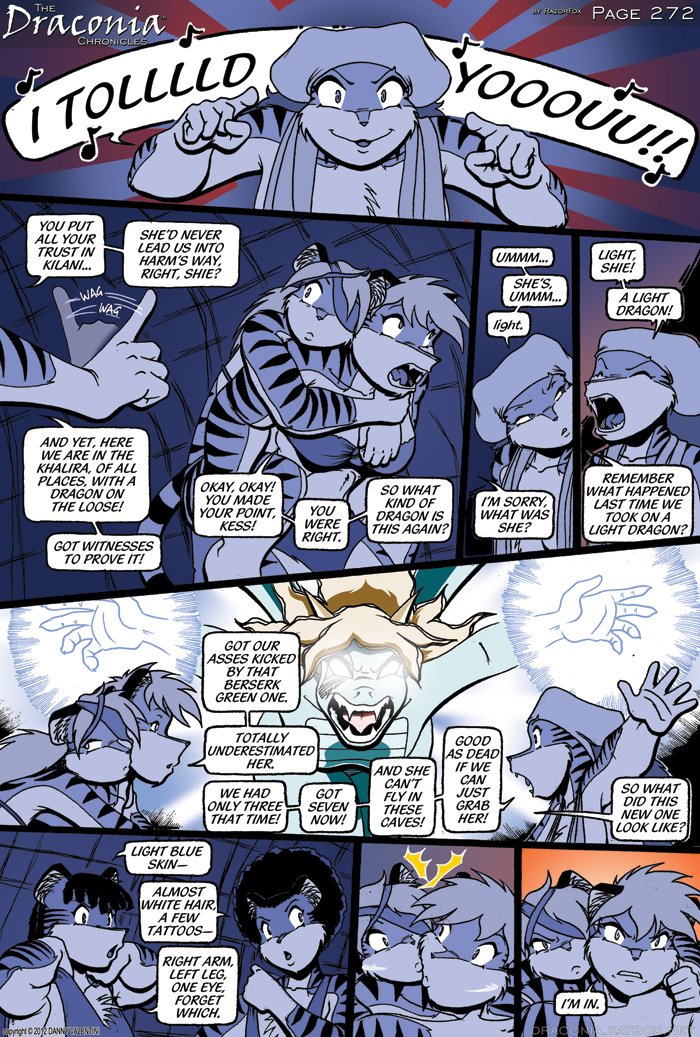 Kess failed to take down Briella by herself. Rula, Kenzi, and Naisha also failed as a trio.

So what to do now? Time to call in the cavalry.

Those of you looking for a soundtrack to this page can pull up “Tear You Apart” by She Wants Revenge.

Not too much to report this week, other than that I’ve resumed work on the Katbox Kares series of sketches. You might recall that last March, we held an impromptu 48-hour fundraiser to help out victims of the March 11, 2011 earthquake near Sendai, Japan. Over $1400 were raised and immediately donated to the International Red Cross, and in return, I promised 14 sketches–one for every $100 donated.

Yeah, I didn’t really anticipate the incredible level of generosity from my fellow Draconiacs and fellow Katbox fans. Either that, or you all gained some sadistic glee by making me do all this work. I don’t mind it, though, but I do wish I had more time to do it. I’m not the world’s fastest artist by any stretch of the imagination, and so I apologize for the slow rate at which the sketches have been issuing forth. But more are on the way in the very near future. Thanks for your patience, and thanks again for your donations.

Many of the drawings will be broadcast via LiveStream, so if you want to join in and need to know when they’re happening, make sure to join the “Draconia Chronicles” Facebook group, or follow my Twitter feed.

Or both, ideally. The more, the merrier! ^__^
With that, it’s back to work on the comic and its related endeavours. Take care, my fellow Draconiacs, and thanks for reading! Keep spreading the word!

I think Chiara did it, not Briella.