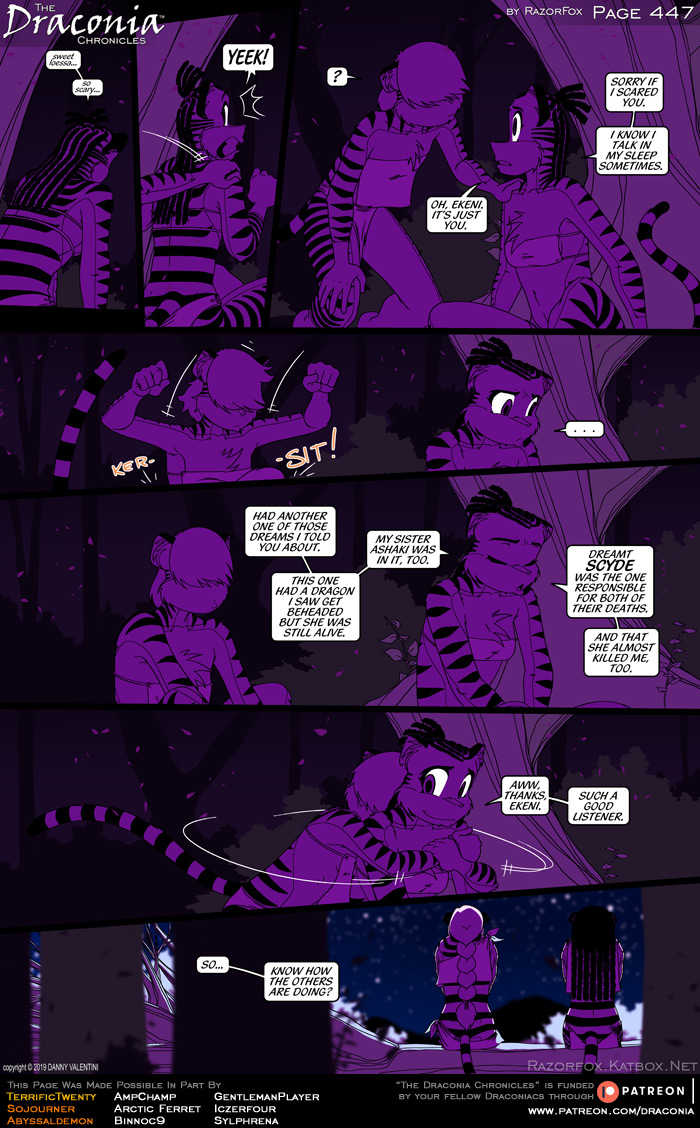 A hug can always improve a mood.  Will Aika and Rula hug it out, too?  Stay tuned…

Ekeni’s great, so much emotion without words.

Also, improper battle tactics from Scyde made her directly responsible for one of the deaths, indirectly for the other. Abandoning her team to specifically target a noncombatant while the others were struggling to live, some unsuccessful, makes her a failure of a leader. Especially since one of those she abandoned was a royal.

Scyde’s definitely got some blood on her hands.

Thanks to Killer Kess’ haymaker!

Unrelate: Does this mean you’ll have to make your own website like how Nekonny now has one (even through he barely update that thing in ages)?

Ekeni’s on the quiet side. We’ll see if she ever opens up.

As for the site situation, I’m still evaluating options. Way back in the day, “The Draconia Chronicles” was on its own web site, but running it was a hassle and it took time away from being able to draw. Moving to Katbox in 2011 allowed me to focus on the comic while leaving the site operations to someone else. Going back to my own site is probably a last resort right now. In the meantime, I’m staying right here! ^__^

Four of my most reading Webcomics are from this site. You could try out Keenspot and that’s the site used by Tom Fishbach for his Webcomic Twokinds, another one I read.