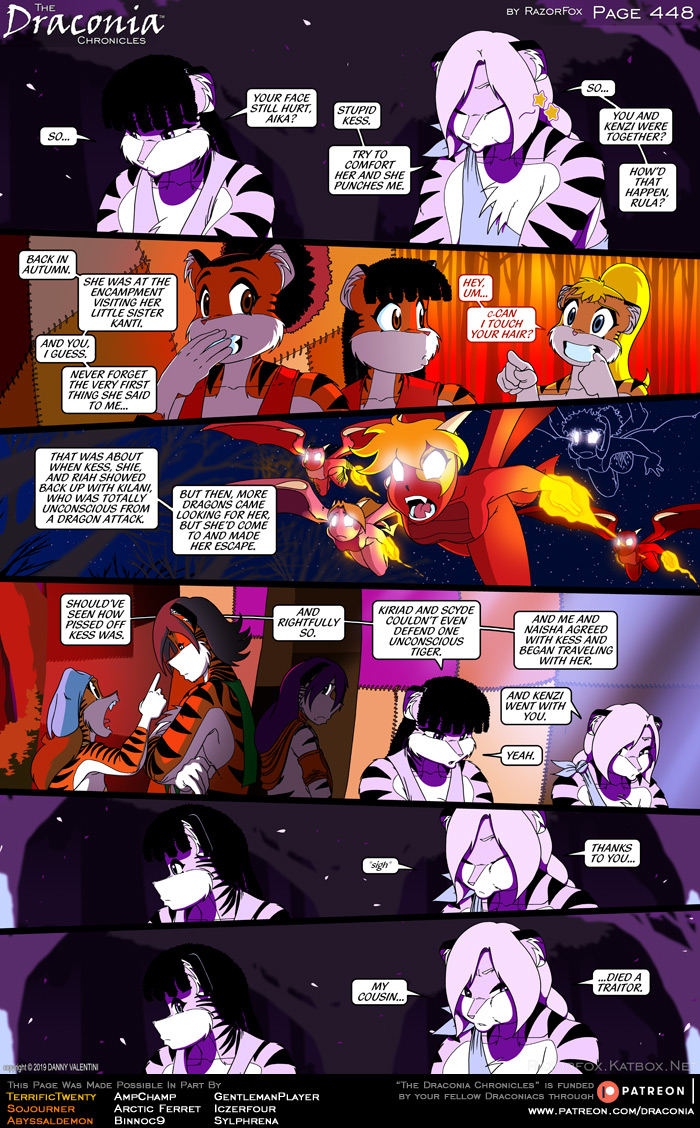 It doesn’t sound like Rula and Aika are going to hug it out, huh?  Stay tuned to see where this goes!

Carful Aika, or you might just earn yourself another punch in the face.

Her right cheek isn’t swollen yet.

Aika mouth and attitude gets her into trouble.

She’s got that talent.

Aika has her loyalty to the royal family and her people as a collective whole, and that’s about it. Everyone else who doesn’t do what she thinks they should be doing is someone to be scorned. :/ So disappointing, Aika. You got your explanation, could have reconciled, but what do you do? Repeatedly blame Kess’ group for your cousin’s death, a death that Kenzi herself chose.

A keen observation. In a different environment, however, Aika would probably have plenty of people agreeing with her.

So I’m guessing Kenzi wasn’t suppose to go with them. Having a hard time understanding how she “died a trator.”

“Team Kess” doesn’t exactly agree with the philosophy of “Team Kiriad,” to put it mildly.