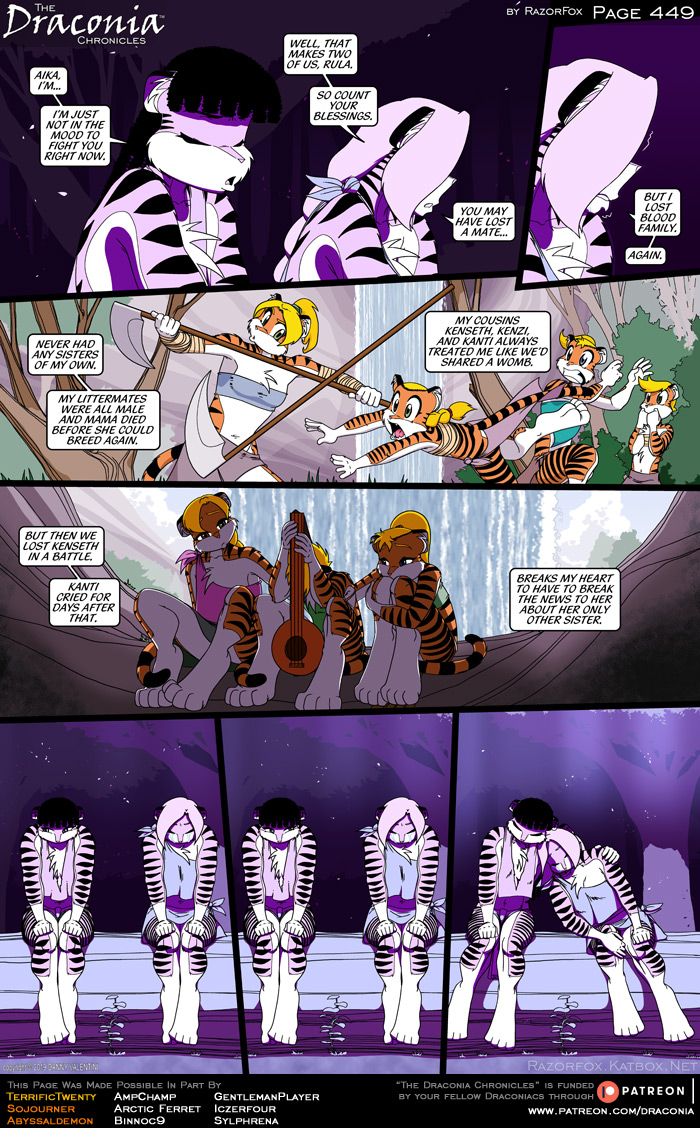 Aika has rubbed a lot of Kess‘s team the wrong way [See page 409], but it looks like she’s found a friend for the moment.  Will this truce last?  Stay tuned…

A common bond, albeit a tragic one, sure helps.

wow AIka has three cousins and they lost in battle man war has an effect on everybodey .

Man How many dragons and tigers died in this vicious war I have the speak my mind So How is tamsyn going to comunicate gaias spirit in the after life And oh my gosh Eone Is later gonna find out what happened to gaia Oh boy tensions are going to run high on this. I am also excited to see elektra and sombrana launched an attack on the dragon city .

If youre okay with it you could upload to e621. They have quite a bit of furry comics posted and they dont even need to be explicit.

Thanks for the suggestion, though I’d prefer a page where I could have a bit more control over the surroundings.

Quite a sad and bitter moment. Through, who was the Tigress who fell while weilding a Scythe?

That’s a very young Aika. Maybe she should’ve gotten one of the fun-sized scythes instead. ^__^

Yeah and (in my opinion when saying it out loud) Fun-sized Scythes is a hell of a tongue-twister.